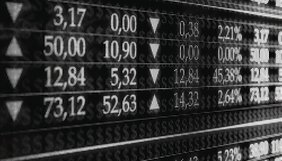 Hamburg / Frankfurt. The capital market experts at Berenberg are optimistic about the new year. Above all, the return of the USA to a calmer foreign and trade policy under President Biden and an emerging abatement of the Corona pandemic in the coming spring should ensure that the global economy can pick up in the course of 2021 after a still dark winter. Rising corporate profits, loose monetary and fiscal policy, negative real interest rates and high liquidity holdings should support the equity markets in particular. However, exaggerations could occur, so that consistently calm waters on the capital markets are not to be expected in 2021 either.

According to Berenberg Chief Economist Dr. Holger Schmieding, the traffic lights for the global economy will jump to green by spring 2021 at the latest - despite the recent economic restrictions as a result of the rising Corona infections. The early phase of a new upswing is characterised by strong growth with low inflation, says Schmieding. Economic policy is also driving economic output harder than ever before. Thus, the decline in economic output in the fourth quarter will be far less pronounced than in March and April 2020, because the measures are more targeted this time. In addition, according to Schmieding, strong demand from China is shaping the situation in manufacturing. Schmieding says: "The situation should ease noticeably by spring at the latest thanks to warmer weather and medical advances. Between the two waves of the pandemic, the Eurozone had been able to make up almost all of the losses from the second quarter in the third quarter of 2020. This suggests that the economy will be able to recover strongly from the current setback in spring 2021." The economist also sees the US election result as positive for Europe. "The Trump risk of a real US-EU trade war is probably off the table," Schmieding said.

In the short term, inflation will remain low with high levels of unemployment, but it should increase over the next three years, which the Fed and the ECB will most likely accept. They wanted to support the economy for as long as possible and would probably only take countermeasures should inflation move significantly higher. This would be positive for the economy and markets. Prof. Dr. Bernd Meyer, Chief Investment Strategist and Head of Multi Asset in Wealth and Asset Management at Berenberg, also shares this view: "In large parts of the world we are in the early phase of a strong upswing. Inflation is low, monetary and fiscal policy are supportive. This is a good starting point. The recession is behind us."

On the bond side, Meyer expects yields on safe government bonds to rise gradually in the upswing. Corporate bonds would remain more attractive, but it is quite conceivable that both equities and commodities will outperform in 2021, as risk premiums are already back below their long-term averages, corporate bond funds have already seen significant inflows, and the wave of insolvencies is still to come. However, the hunt for yield, less supply and continued heavy buying by central banks should continue to support corporate bonds for the time being. The US dollar is likely to continue to depreciate. Gold remains supported in the medium term in view of negative real interest rates and rising government debt.

According to Meyer, the point of departure for equities in particular is very positive: corporate profits should rise significantly and money supply growth is also strong. "Negative real interest rates, loose monetary and fiscal policy, high liquidity holdings, and their relative valuation clearly speak in favour of equities," says Meyer. European equities and emerging market stocks in particular should benefit from a recovery in global growth. Emerging market currencies should also continue to gain. However, in the course of the economic recovery there could be significant excesses on the markets, which would subsequently require a more painful correction. Therefore, consistently calm waters are not to be expected for the year as a whole. According to Meyer, British equities could be the surprise winner in 2021. They are relatively cheaply valued and significantly underweighted among investors. If they leave the Brexit uncertainty behind, a rise is to be expected here.

According to Meyer, residual Corona risks could have a negative impact, but the markets have already priced in a large part of this development with the strong recovery since March. Overall, he expects less of an overall market rally for the year as a whole, but rather selectivity. 2020 was already a year for active management, and this could also be the case in 2021.

Against this backdrop, Matthias Born, Head of Investments and Head of Equities at Berenberg, emphasises that in an environment characterised by an opening of the economy and the accompanying economic recovery, more cyclical areas of the market and second-line stocks should benefit. In the semiconductor sector, the luxury goods industry or even in the industrial and chemical sector, quality companies can be found that also benefit from the improved economic environment.

Born goes on to say that the Corona crisis and its aftermath have once again accelerated existing trends such as sustainability and digitalisation. The need for digitalisation in companies, public authorities and educational institutions is still significant. In addition, consumer behaviour with regard to online trade and cashless payment will continue to change structurally and generate growth for companies in these segments. Electromobility will continue to be promoted through subsidy programmes, but consumer awareness of sustainability has also changed. The health sector should also remain in focus, for example diagnostics, which has received more attention and as a result further  investments are being channeled into this area. On the other hand, it is questionable whether everything will return to normal in some other sectors - for example, in the market for business travel or in the real estate segment with the probably lower demand for office and retail space "We feel well positioned for the future with our investment approach based on companies with structural growth drivers, high market entry barriers, outstanding management teams and excellent balance sheets. A crisis has always meant that well-positioned companies have continued to gain significant market share," says Born.

Bastian Schiedat, head of the ECM Syndicate for Continental Europe at Berenberg, is also positive about the IPO market. He says the pipeline of candidates is long and the markets are at all-time highs. He says: "We expect a very positive IPO year for the German capital market, as many candidates are waiting in the wings or are even actively preparing to go public."

Berenberg uses so-called cookies in order to make the functions on our website available to you smoothly. In addition, Berenberg uses cookies that are only used for statistical purposes, to measure range or to display personalized content. You can find detailed information about the type, origin and purpose of these cookies in our declaration on data protection. By selecting the options below, you can determine which cookies we may use on the basis of your consent. You also have the option of objecting to the use of cookies that do not require your consent. By clicking on "Select all" you consent to the use of all cookies that can be used on this website. Your consent is voluntary. You can revoke this at any time in the "Declaration on data protection" or change your cookie settings there.