The strategy is based on a disciplined bottom-up stock selection of attractive smaller companies (market capitalisation up to 1bn EUR) based in Europe. The decisive criteria are among others end markets with structural growth, high entry barriers and excellent management teams.

Learn more about our investment philosophy in equity fund management 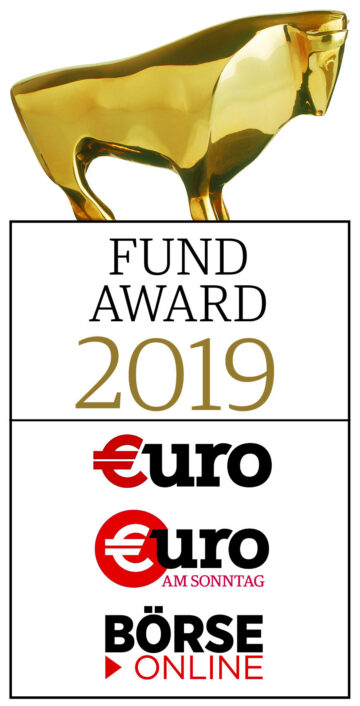 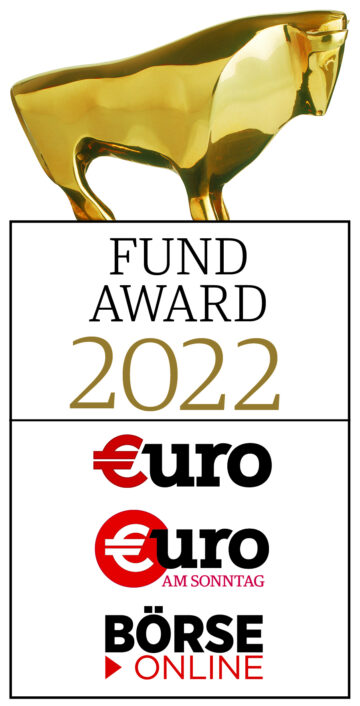 Genovis benefited from overall market strength and showed clear outperformance ahead of the financial announcement. Lime Technologies also benefited from higher-than-expected organic revenue growth. The company cited the launch of its cloud-based sales software Lime Go as a driver. It was a similar performance for 4Imprint, which rose on an increase in its full-year guidance. Mentice's shares fell significantly. According to the company, higher input costs, especially for personnel, have weighed on the operating margin. Supreme is also suffering from currently high inventories of high-margin lighting products, especially in the retail sector. Despite a strong result, the shares of Exsitec had to give up profits due to somewhat higher than usual staff departures. 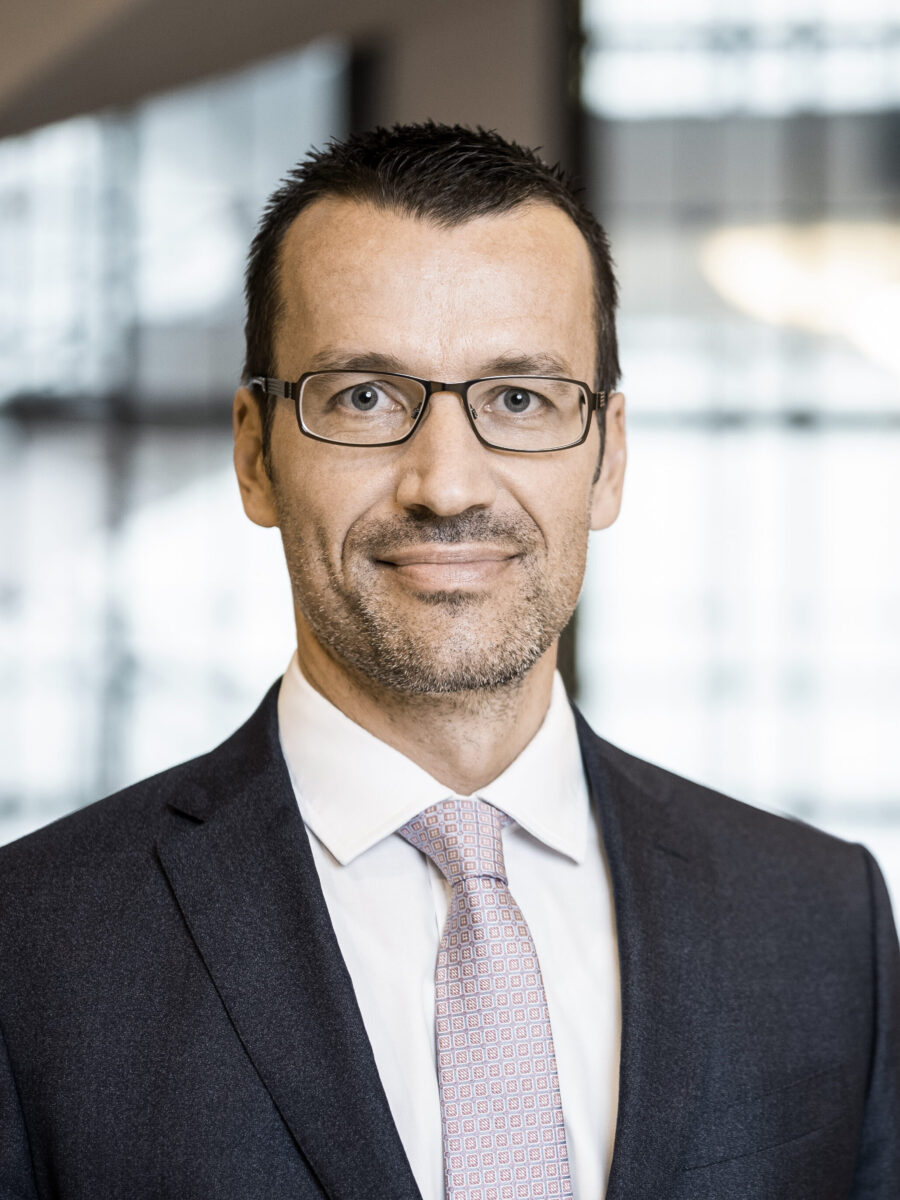 Peter Kraus, CFA, has been Head of Small Cap Equities at Berenberg since October 2017. He began his career in 2000 as an equity analyst for a corporate finance consultancy in Munich before moving to Deka-Investment in Frankfurt in 2003. There he worked as an analyst for European Small Cap stocks. In 2006 he joined Allianz Global Investors as fund manager for European Micro and Small/Mid Caps where he was instrumental in the success of the Small Caps team in subsequent years. Peter Kraus was responsible for the management of various European smaller companies funds as well as for the acquisition and management of major international institutional mandates. He is known for his stock picking skills which he has successfully proven for many years, especially in a European Micro Cap product. The product was already closed years ago due to its outstanding performance. 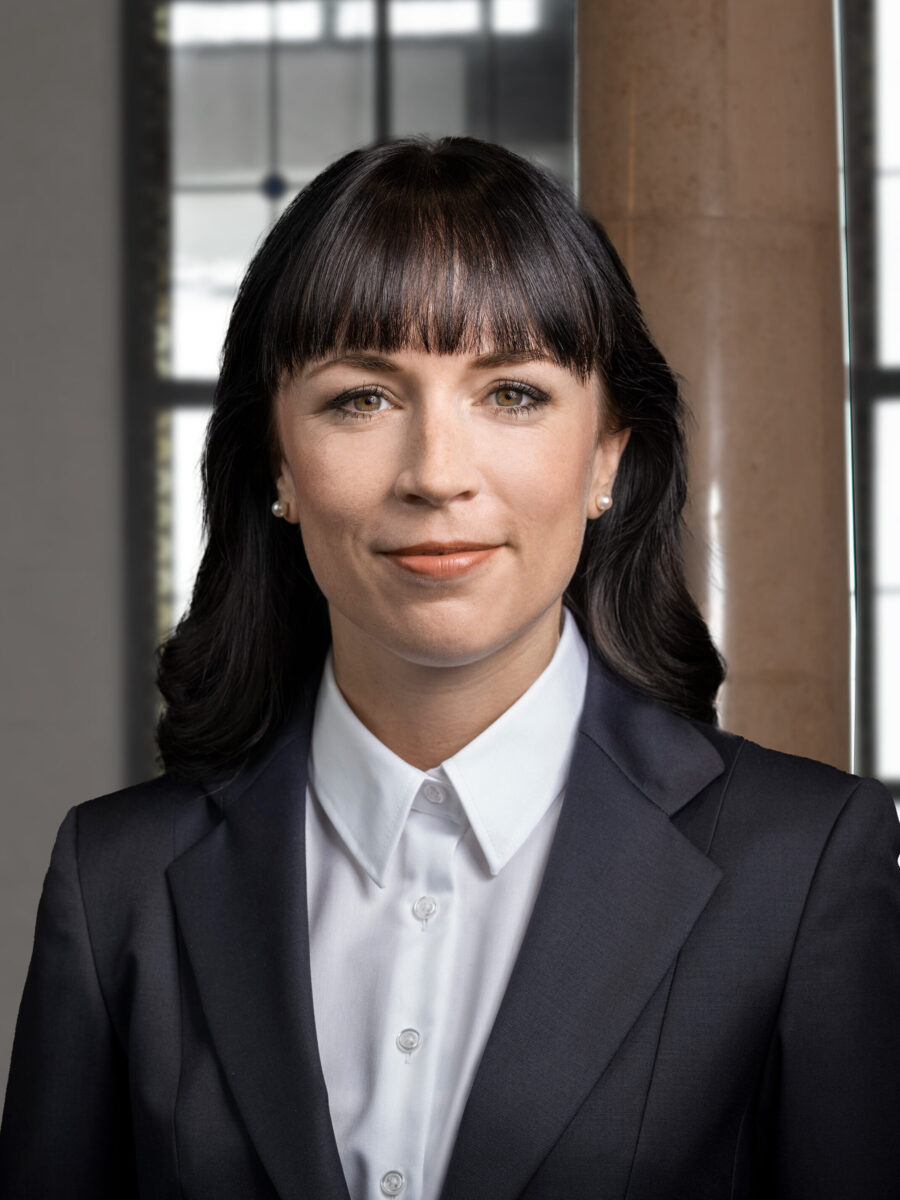 Katharina Raatz has been a portfolio manager at Berenberg since October 2017. She began her investment career as portfolio manager in DWS’ European Small Cap Team in 2013, where she was responsible for managing various European Small and Mid Cap retail funds and institutional mandates as well as for the single stock selection of French/ Italian small caps for DWS’ global equities platform. Moreover, she was responsible for managing professional international clients and deputy portfolio manager of DWS’ biggest Mid Cap retail fund. Katharina Raatz holds a Master of Science and a Bachelor of Science degree from the University of Mannheim and has been a CFA Charterholder since 2017. 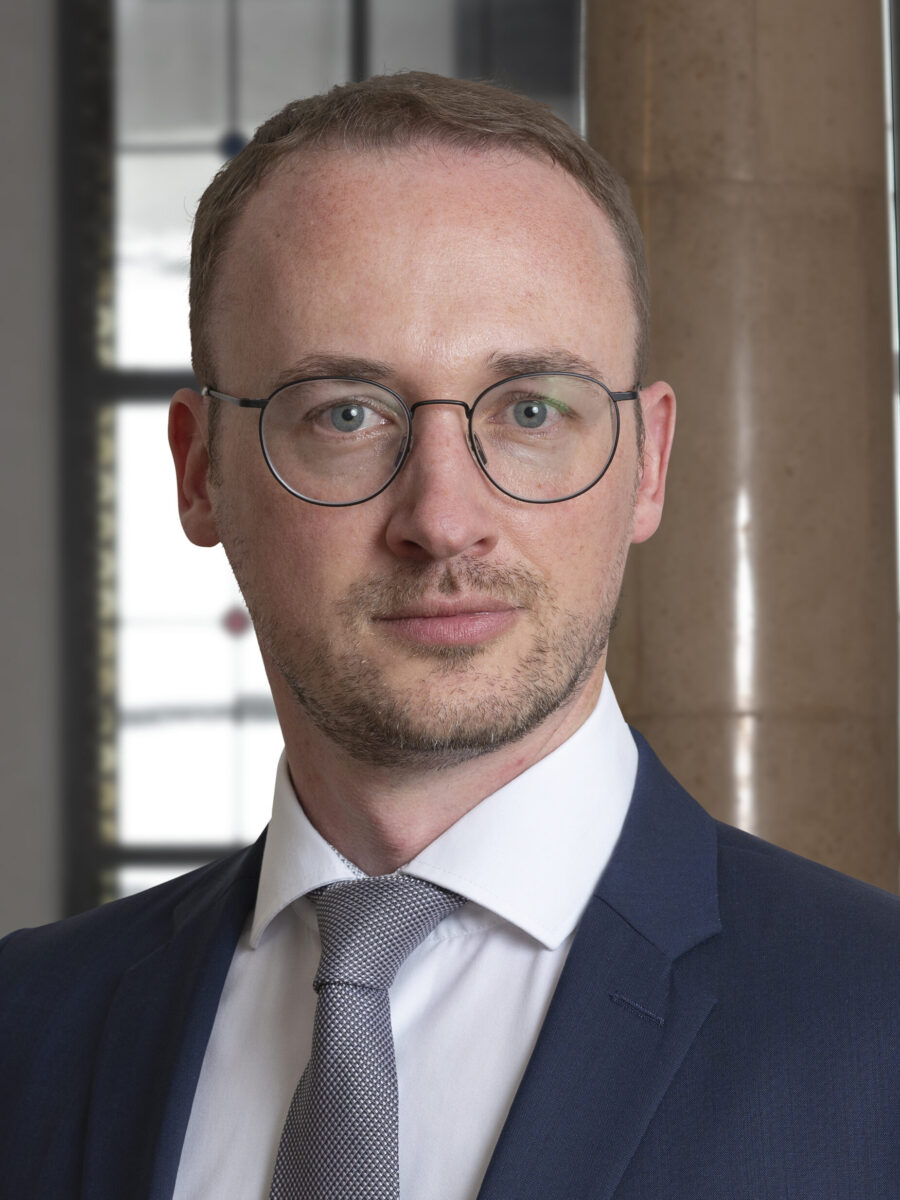 Michael Schopf has been Portfolio Manager at Berenberg since January 2018. He began his career at Allianz Global Investors in 2007, and previously worked in the Private Banking sector of Deutsche Bank. In the European Mid/Small Cap team, he was responsible for several European equity funds. In addition to his portfolio management responsibilities, he also oversaw the stock selection of some Central European countries. Michael Schopf received the Bachelor of Arts with distinction and the Master in Finance from the Frankfurt School of Finance & Management. He is CFA Charterholder since 2011. 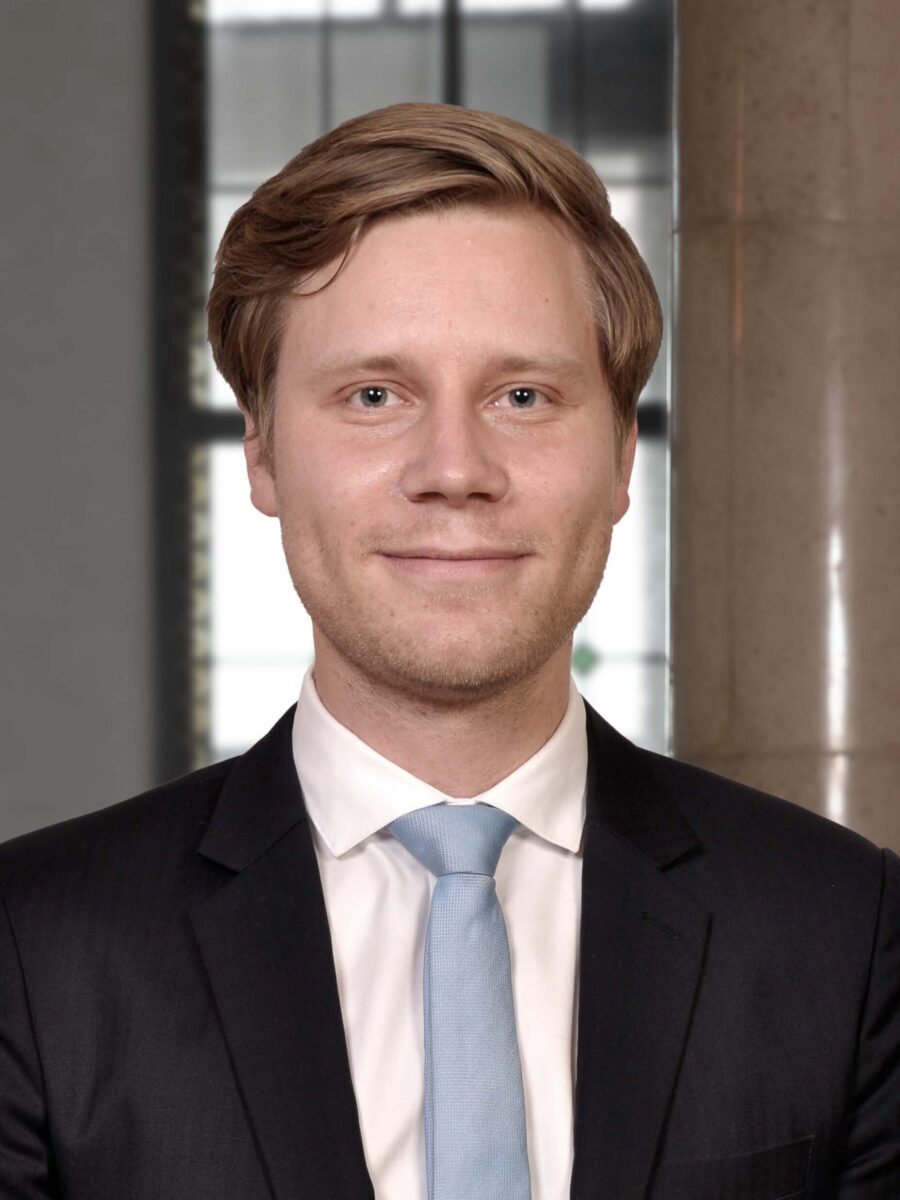 Johann Abrahams has been a small/micro cap portfolio manager at Berenberg since January 2020. Prior to this, he completed the Berenberg International Graduate Program with assignments in sell-side equity research, equity sales, ECM, syndicate, as well as quantitative and discretionary asset management. Johann Abrahams is a CFA Level III candidate and holds a BSc in Economics from the University of Mannheim and a MSc in Finance and Economics from the London School of Economics. 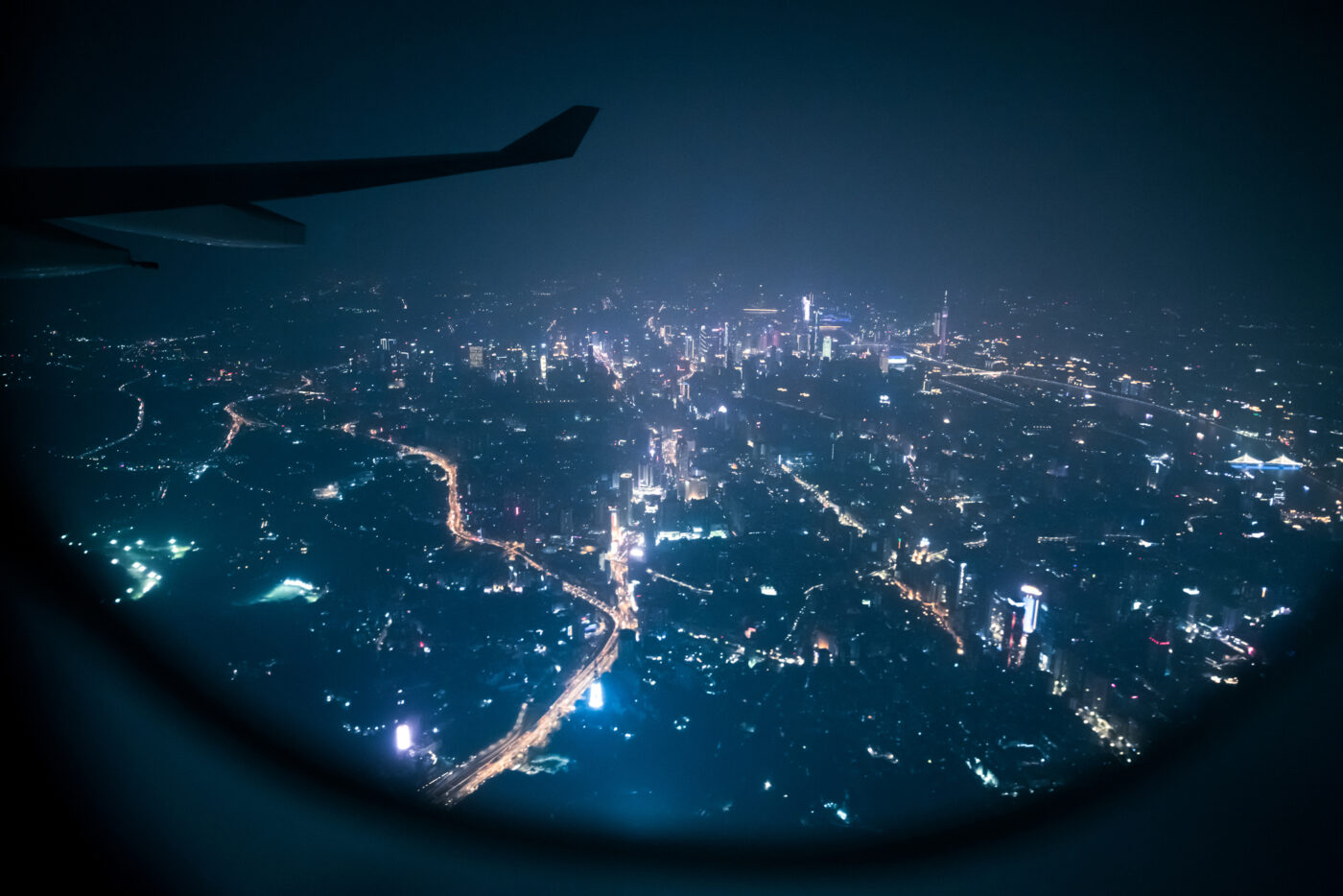 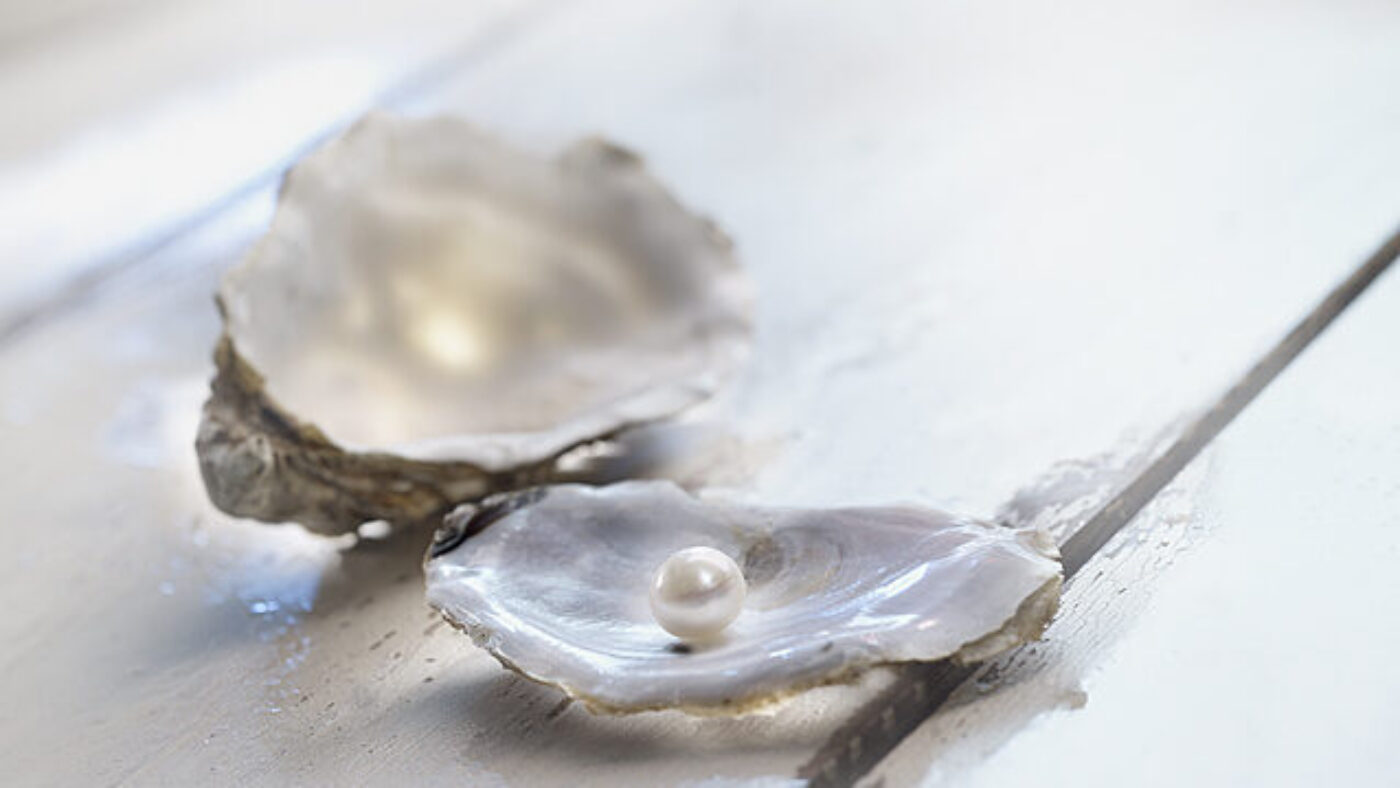 Megatrends as a key component of structural growth

Our investment philosophy and what our portfolios look like

Disclaimer
This document is a marketing communication.
It is intended exclusively for clients in the "professional clients" client category pursuant to section 67(2) of the WpHG and/or "eligible counterparties" pursuant to section 67(4) of the WpHG, and is not meant for private clients. This information and references to issuers, financial instruments or financial products do not constitute an investment strategy recommendation pursuant to Article 3 (1) No. 34 Regulation (EU) No 596/2014 on market abuse (market abuse regulation) nor an investment recommendations pursuant to Article 3 (1) No. 35 Regulation (EU) No 596/2014, both provisions in connection with section 85 (1) of the German Securities Trading Act (WpHG). As a marketing communication this information does not meet all legal requirements to warrant the objectivity of investment recommendations and investment strategy recommendations and is not subject to the ban on trading prior to the publication of investment recommendations and investment strategy recommendations. This information is intended to give you an opportunity to form your own view of an investment. However, it does not replace a legal, tax or individual financial advice. Your investment objectives and your personal and financial circumstances were not taken into account. We therefore expressly point out that this information does not constitute individual investment advice. This information may only be distributed within the framework of applicable law and in particular not to citizens of the USA or persons resident in the USA. The statements made herein have not been audited by any external party, particularly not by an independent auditing firm. In the case of investment funds, you should always make an investment decision on the basis of the sales documents (key investor document, sales prospectus, current annual, if applicable, semi-annual report), which contain detailed information on the opportunities and risks of the relevant fund. When deciding to invest in a fund, not only the sustainability-related aspects but also all other characteristics of the fund should be taken into account. All the aforementioned documents can be obtained from Joh. Berenberg, Gossler & Co. KG (Berenberg), Neuer Jungfernstieg 20, 20354 Hamburg, Germany, free of charge and are also available on the website www.berenberg.de/en/fund-overview/. A fund investment concerns the acquisition of units in the fund, and not in an underlying asset (e.g. shares in a company) as these are only owned by the fund. The statements contained in this information are based either on the company’s own sources or on publicly accessible third-party sources and reflect the status of information as of the date of preparation of the presentation stated below. Subsequent changes cannot be taken into account in this information. The information given can become incorrect due to the passage of time and/or as a result of legal, political, economic or other changes. We do not assume responsibility to indicate such changes and/or to publish an updated information. Past performance, simulations and forecasts are not a reliable indicator of future performance and custody fees may occur which can reduce overall performance. Future performance may be subject to taxation which depends on the personal situation of each investor and which may change in the future. Returns on investments in foreign currencies may increase or decrease due to currency fluctuations.
Please refer to the online glossary on the website www.berenberg.de/en/glossary/for definitions of the technical terms used in this information.

The fund’s domicile is Luxembourg. The fund is qualified for distribution to non-qualified investors in Switzerland. The paying agent in Switzerland is Tellco AG, Bahnhofstrasse 4, CH-6430 Schwyz and the representative is 1741 Fund Solutions AG, Burggraben 16, 9000 St. Gallen, Switzerland. The prospectus including the general and specific terms, the key investor information document (KIID) as well as the annual and semi-annual report of the fund may be obtained free of charge and in German language from the aforementioned representative (Phone +41 58 458 48 00). For shares distributed in or from Switzerland place of execution and jurisdiction is at the representative’s registered office.
For investors in Spain: In Spain, the funds are registered with number 1690 with the Spanish Securities Market Commission (CNMV).